Horrorthon.com has moved to a self-hosted website so this blog will no longer be updated.

If you're still being directed here, please update your bookmarks to horrorthon.com

Please do, because we have lots of new content and competitions coming up!

See you at Horrorthon!
Posted by Lorcan at 6:04 AM No comments: 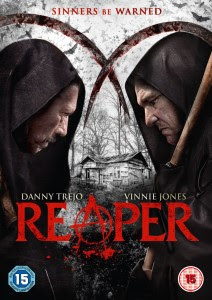 B-movie icons Danny Trejo (Machete Kills, TV’s Sons Of Anarchy) and Vinnie Jones (X-Men: The Last Stand, TV’s Elementary) star in this inventive slasher that follows a death row inmate who survives execution and returns as a supernatural force known as Reaper. Descending on an isolated hotel which happens to be the meeting place of some very dangerous players, the Reaper’s thirst for blood is only matched by one wily girl’s thirst for survival.

Horrorthon are giving away three DVD copies of REAPER. To enter the draw, just send an e-mail containing your name and postal address to competition@horrorthon.com
Competition closes 30th September 2014

Reaper is released by Signature Entertainment on October 6th

Hi all! Well, it's that time again, so here is a little taste of what is in store for next month's festival. As the Horrorthon team finalises this year's programme we are delighted to announce that our guests include cult horror Writer / Director Frank Henenlotter, as well as Scream Queen Actress / Writer / Director Jessica Cameron. We will be screening three of Frank Henenlotter's classics Basket Case, Brain Damage & Frankenhooker along with his new documentary That's Sexploitation. Jessica Cameron's Directorial debut is the multi award winning controversial festival hit Truth or Dare. This one is not for the faint of heart. Ms. Cameron has even promised to bring along some "Sick Bags" to hand out to audience members!

lso, this year the team felt that the festival needed some exciting new additions to the event, so we've introduced a new category where we will honour a horror icon each year, and we kick off by honouring the late great Vincent Price. We will be showing three of his classic movies, The Abominable Dr. Phibes, The Fall of the House of Usher, as well as a glorious 35mm print of Theatre of Blood. Another new addition will be horror story readings from the work of Ireland's greatest horror writers which is in association with The Bram Stoker Festival. Plus a screening of the silent movie Häxan : Witchcraft Through the Ages with a live music accompaniment. 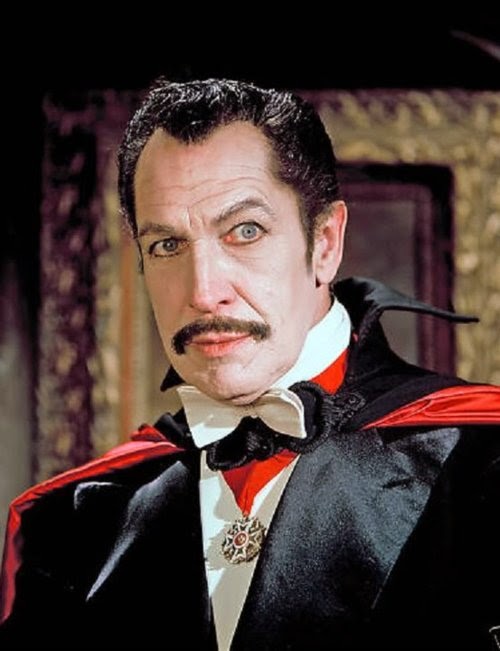 We are also delighted to announce our fantastic opening and closing films. Opening night October 23rd we start with this year's most anticipated critically acclaimed horror hit The Babadook, and we close this year with the brilliant crowd pleaser What We Do in the Shadows.

We will be bringing you the full programme next week once everything is all finalised. We hope this whets your blood thirsty appetite for now!!!

Desperate for a break from big city life, Emma heads to her family’s cabin deep in the Arkansas hills. As she settles in for some much-needed R&R, she learns that something unspeakable lurks in the surrounding darkness. As the full moon rises, a bloodthirsty werewolf emerges from the shadows, slaughtering everyone in its path and revealing a sinister underworld Emma never knew existed. Thrown into a fight for her life, and her very soul, Emma will need to escape these big bad woods before it’s too late.


To enter the competition, just send an e-mail to horrorthon_info@horrorthon.com including your name and postal address. Winners will be notified by the end of the week. Best of luck!

COMPETITION IS NOW CLOSED
Posted by Lorcan at 3:03 AM

‘Twists and turns caught me off guard…a cut above’
Dreadcentral


Imagine a reality show where the contestants – a succession of unpleasant characters – are eliminated not by standard ejection but by hanging, drowning, strangling, beheading and all manner of murderous methods. Welcome to Camp Dread.

A group of misguided young adults – amongst them killers, blackmailers, sex offenders – have been sent to the camp as part of a new reality show. This is their last chance to avoid prison or rehab and if they avoid elimination they could win $1 million along the way.

Manipulating the contestants is down-at-heel horror director Julian Barrett played by Oscar nominee Eric Roberts, using the same set as his old horror franchise Summer Camp. And as the competition progresses, it becomes more than just a battle to win. It’s a desperate, gut-wrenching fight for survival.

All you have to do to enter the competition is e-mail your name and address to horrorthon_info@horrorthon.com and then cross your fingers. Best of luck!

COMPETITION IS NOW CLOSED
Posted by Lorcan at 11:05 AM

Horrorthon would like to invite submissions for the short film section of this year's IFI Horrorthon in Dublin, the weekend of 24th October 2014.

To submit a short film you have three options:

1. Send a link to an online screener to festival@horrorthon.com


2. Use the tool provided at http://www.clickforfestivals.com/horrorthon-film-festival

Dare to join us for Oculus…..into the 13th event!

We’ve teamed up with Warner Bros. Pictures to offer you the chance to win tickets to new horror movie Oculus at a special late night preview that will take you into Friday the 13th!
Join us in the Light House Cinema, Smithfield at 10.15pm on Thursday June 12th if you dare!

Co-writer/director Mike Flanagan’s Oculus introduces audiences to a new kind of terror:  the eerily inscrutable Lasser Glass.  This beautiful antique mirror is no ordinary villain.  Though the mirror’s true origins have been lost with its victims, it carries the name of its first recorded owner, Philip Lasser.  Its seemingly harmless reflections hold a malevolent supernatural force that infects the mind of the viewer, leading to paranoia, distorted visions, and eventually, possession.  The mirror’s most recent owners, adult siblings Kaylie (Karen Gillan) and Tim (Brenton Thwaites), are struggling to rebuild their relationship after the violent demise of their parents ten years earlier. Kaylie suspects that past tragedy was caused by the Lasser glass and as she gets closer to the truth, history begins to repeat itself.  The siblings turn on each other, unsure of what is real and what isn’t...until they realize the Lasser glass has gotten a hold of them, too.

Oculus opens in cinemas Friday the 13th of June.
Cert: 16

To enter the draw for a pair of tickets simply send an email to horrorthon_info@horrorthon.com and include the word Oculus in the subject